The Freedom Train, with it’s exhibit cars carrying precious founding documents was heading South, and into a whirlwind. A wind whipped-up by a poem.

The poem was published in the October 1947 issue of the Black-owned magazine “Our World“. Here is the original clipping blown up to be easier to read. Below that is the text as originally written by Langston Hughes, and as it appeared in Our World. Below the pem text is the poem as read by Paul Robeson for a spoken word 78RPM single released by the “Southern Conference for Human Welfare”.

It is interesting to note the differences in the poem between what appeared in the magazine and what is read by Robeson. The poem has been softened slightly for the audio recording. Also, the poem as it appears in the book “The Collected Poems by Langston Hughes” (1994) is yet again slightly different.

This poem a played significant role in opening up the 1945-1947 Freedom Train equally to all, regardless of color. Read about both Freedom Trains in our article The American Freedom Train, Patriot on Rails. To read more about the racial controversy that prompted the poem, and what was done in the aftermath of a public outcry, read out article, The Freedom Train Brought Freedom.

I’m gonna check up on this Freedom Train.

Somebody tell me about this Freedom Train!

The Birmingham station’s marked COLORED and WHITE.
The white folks go left, the colored go right—
They even got a segregated lane.
Is that the way to get aboard the Freedom Train?

I got to know about this Freedom Train!

If my children ask me, Daddy, please explain
Why there’s Jim Crow stations for the Freedom Train?
What shall I tell my children? . . . You tell me —
‘Cause freedom ain’t freedom when a man ain’t free.

But maybe they explains it on the Freedom Train.

When that train goes steamin’ through South Caroline
Will those Greenville lynchers pay it any mind?
Or will that twelve-man jury what let ‘em loose
Turn their heads and spit tobacco juice?

Wonder will they spit on the Freedom Train?

When my grandmother in Atlanta, 83 and black,
Gets in line to see the Freedom,
Will some white man yell, Get back!
A Negro’s got no business on the Freedom Track!

Mister, I thought it were the Freedom Train!

Her grandson’s name was Jimmy. He died at Anzio.
He died for real. It warn’t no show.
The freedom that they carryin’ on this Freedom Train,
Is it for real—or just a show again?

Jimmy wants to know about the Freedom Train.

Will his Freedom Train come zoomin’ down the track
Gleamin’ in the sunlight for white and black?
Not stoppin’ at no stations marked COLORED nor WHITE,
Just stoppin’ in the fields in the broad daylight,
Stoppin’ in the country in the wide-open air
Where there never was no Jim Crow signs nowhere,
No Welcomin’ Committees, nor politicians of note,
No Mayors and such for which colored can’t vote,
And nary a sign of a color line —
For the Freedom Train will be yours and mine!

Then maybe from their graves in Anzio
The G.I.’s who fought will say, We wanted it so!
Black men and white will say, Ain’t it fine?
At home they got a train that’s yours and mine!

Now you can listen to “Freedom Train”

Thanks to a grant from the Kahle/Austin Foundation, the Internet Archive has made this digitized recording available.

This article is part of our educational series on the American Freedom Trains. 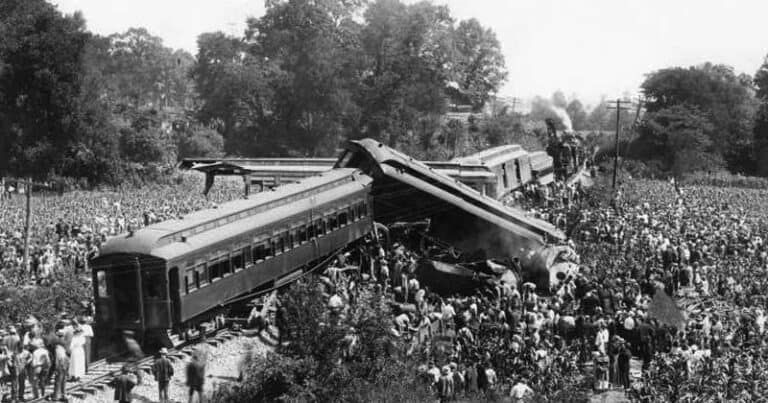 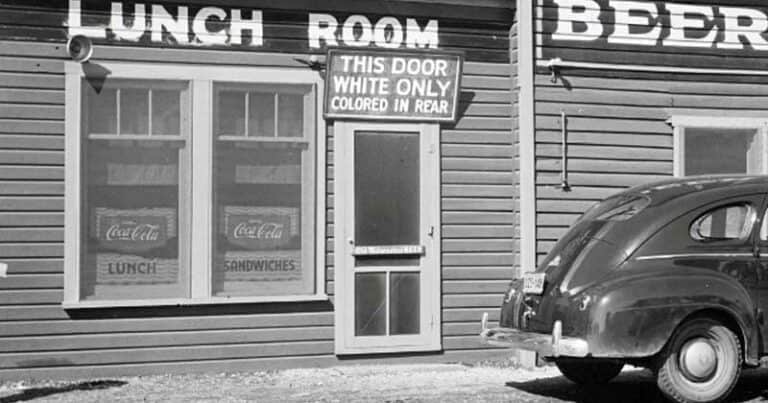 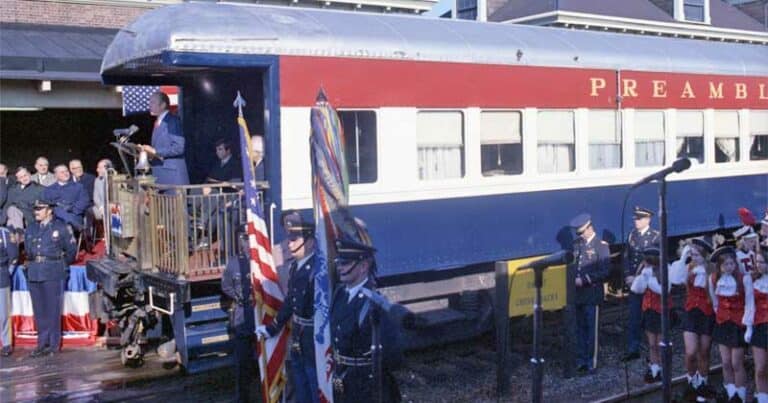