Lima Locomotive Works (LLW) began its history in 1869 as a machine works company that initially built equipment for farms and sawmills. Named for its location in Lima, Ohio, some of the sawmill equipment was powered by steam engines. Their involvement in sawmill production meant the company became well established in the logging industry. By 1873, they had sold over 40 sawmills, primarily in the Michigan area. By 1879, the product offerings included traction engines.

Around this time, Ephraim Shay had designed a steam locomotive that many lumber workers admired for its ability to haul heavy loads and operate consistently in tough conditions. Lumberman James Alley saw Shay’s locomotive as a solution to many of the issues with transporting heavy loads of lumber from logging sites to sawmills and merchants and, in 1878, Alley contracted with the then Lima Machine Works to build The Shay, a steam locomotive designed by Ephraim Shay.

In its original design, The Shay employed side-mounted pistons vertically mounted on the right that connected to a drive line located outside the trucks. It was designed as a slow-moving engine with the ability to pull heavy loads, like those used in the lumber and logging industry. Lima Machine Works rolled the first Shay off their line in 1880 and it was so successful that demand increased for the locomotive among many lumber companies.

Ephraim Shay licensed his design to the Lima Locomotive Works and in 1881 received a patent for his unique design. The patent was granted for the concept of using a steam engine connected to bogies as a means of powering the locomotive’s flexible drive system. Shay purchased 64 shares in the company for $100 each, and also received a royalty on every Shay locomotive that was built, with his royalty amount calculated as a percentage of the final product’s weight. The early locomotives weighed around seven tons.

Lima Locomotive Works made some changes to Shay’s original design in order to make it more feasible for mass production. Drive shafts and gears replaced the original leather belt. The result was a steam engine locomotive that would come to reflect the classic engineering of a boiler, engine, joints, gears, shafts, and bogies that is now historically known as a Shay design. (Some also consider this a Carnes design, named after John Carnes, the engineer at Lima Locomotive Works who redeveloped Shay’s original design.) John Carnes’ contribution to the redesign included the use of slip joints, universal joints, and bevel gears on a longitudinally oriented shaft that turned crown gears bolted to the wheels. These redesigned elements were included on all Shays manufactured by Lima Locomotive Works until the end of production around 1945.

In 1880 and 1881, they produced four Shays each year, but by 1882, production had increased to 26 locomotives. Within two years of initial production, the steam locomotives manufactured here were Lima Machine Work’s main product line and the company name was changed to Lima Locomotive and Machine Works (LLMW). LLMW produced its largest locomotive in 1887. The 75-ton, three-cylinder giant became a predecessor to a 91-ton Shay that in 1890 was tested for pulling capacity and was able to haul 14 loaded cars plus an 0-6-0 locomotive that was trying to pull the Shay in the opposite direction!

While Lima Locomotive Works never rose higher than the country’s third largest steam locomotive manufacturer, their innovation and ability to redesign to meet market demand made them a standout, particularly in the logging and lumber industries. Over the next decade, they would manufacture over 300 steam locomotives and ship them to lumber companies across the United States.

In 1902, a new facility was opened after a massive fire halted production in the original factory. At the same time, demand for the lower speed, geared locomotives was waning. At the new facility, Lima was poised to take its place as a manufacturer of heavy railroad locomotives.

The Shay-designed steam locomotives gained a reputation as a perfect fit for tightly-curved, steeper railways, like many areas used in the lumber industry. Lighter rails that would be moved to newer job sites accommodated the Shay and sales soared as a result. As locomotives became a larger portion of its production, the company name changed again in 1912 to Lima Locomotive Corporation, and again in 1916 to the Lima Locomotive Works (LLW).

Early in the 20th century, Lima Locomotive Works began manufacturing a newer, larger, conventional steam locomotive. The Superpower design used wide fireboxes that were supported by four-wheel bogies behind each driving wheel. Under the direction of William Woodard, Lima’s mechanical engineer, significant modifications were made to the design of their steam locomotive in order to increase its ability to generate and use steam for improved power.

Beginning in 1922, Woodard developed the H-10 design that used a larger firebox, a feedwater heater, enhanced draughting, increased superheater, streamlined steam passages, higher boiler pressure, and a trailing-truck booster engine to achieve greater speed and power. He also incorporated a range of steam valve admission settings that prevented train engineers from using too much steam when starting the engine. The H-10 2-8-2 experimental design proved to be more than 26% more efficient than its predecessor, and as a result, the New York Central Railroad purchased over 300 of the H-10 locomotives.

The design of the H-10 with its larger firebox required the addition of another axle to the locomotive’s trailing truck, which then created the 2-8-4 wheel arrangement. In 1925, the first Berkshire locomotive, named for its testing grounds in the Berkshire hills, employed a very large firebox and grate, as well as a four-wheeled truck that contained the ash pan. Because the truck was designed as an extension of the locomotive, the ash pan could hold more ash, thus allowing the train to travel farther without the need to shop as often for cleanings. While this helped efficiency, the reduction of weight on the frame caused by the articulated truck meant there was a trade-off with traction and pulling capacity.

Despite some limitations of the Berkshire model, the locomotive was incredibly popular with rail lines. During the decade, the three largest model manufacturers: ALCO, Baldwin, and Lima, produced and sold over 600 Berkshires for the increasingly industrialized nation.

In the decade of the 1920s, steam engines were being increasingly challenged by engines driven by diesel/electric power. This change in market conditions began the decline that would eventually end Lima Locomotive Works.

In an attempt to adapt to market changes, Lima Locomotive Works formed a partnership corporation with General Machinery Corporation in nearby Hamilton, Ohio. General Machinery had successfully developed a diesel motor used by the U.S. Navy during WWII, and after the war ended, were looking for new applications for their product. Their partnership was intended to marry the diesel motor knowledge and LLW’s production of locomotives to enter the diesel/electric locomotive age.

In 1947, they formed the Lima-Hamilton Corporation and by year’s end had produced two diesel/electric powered shunting locos. By 1949, they were the fifth largest builder of diesel motors, but the reality was that they had only won about 1.6% of this market.

In May of 1949, the last steam locomotive the Lima Locomotive Works would produce left the erecting halls. It was a Nickel Plate Road No. 779, a 2-8-4 Berkshire model. The Berkshire carries the distinction of being the last type of steam locomotive manufactured in the United States. If the Berkshire looks familiar, it was the locomotive upon which the Polar Express was based.

The production of locomotives would continue for Lima Locomotive Works until 1950, when market conditions facilitated a merger with Baldwin Locomotive Works, their long-standing rival company. On November 30, 1950, the merger was signed and Baldwin, with its more significant range of diesel engines, became the only diesel locomotive being manufactured. Lima’s diesels were no longer produced.

Lima Locomotive Works focused instead on building M-46 tanks for the U.S. Army, also known as the Patton Tank. As the Pattons were a mainstay of the battle tanks used in the Korean War, this helped LLW continue in business for a time after locomotive production stopped.

It is still possible to visit locations across the U.S. where many Lima-built engines can be seen. Some are even still in operation. Shay locomotives can be seen in operation at the Colorado Railroad Museum, the Cass Scenic Railroad, and the Mount Rainier Scenic Railroad. There are around 20 Berkshire models preserved at historical sites across the U.S. 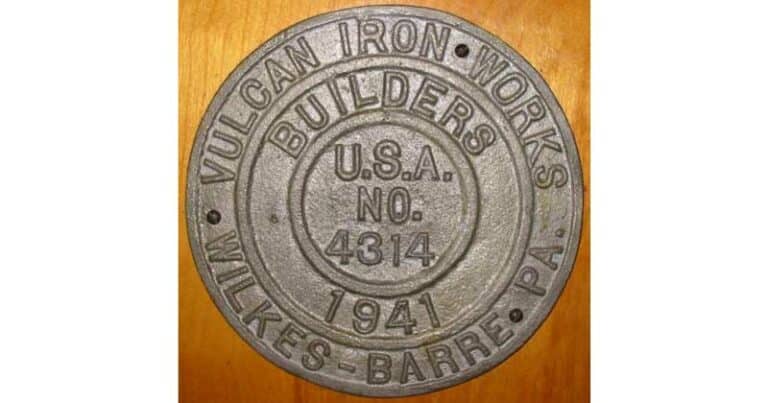 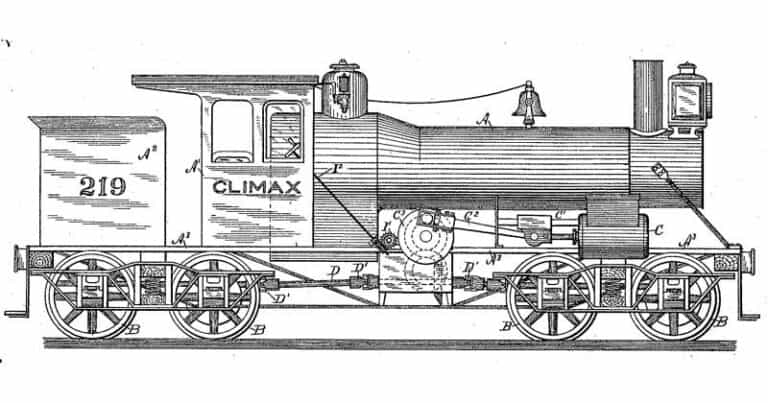 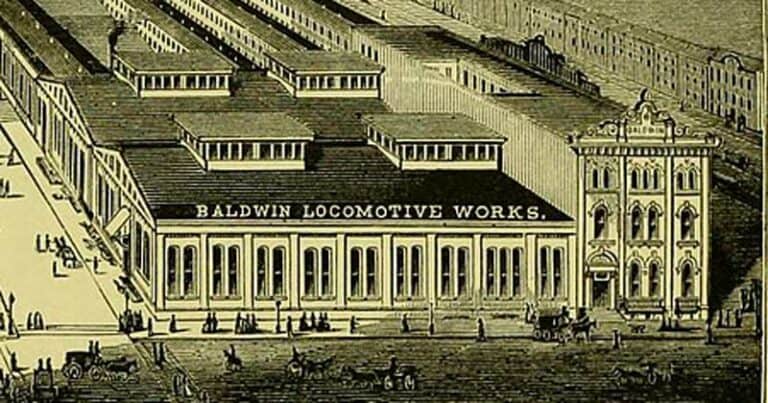 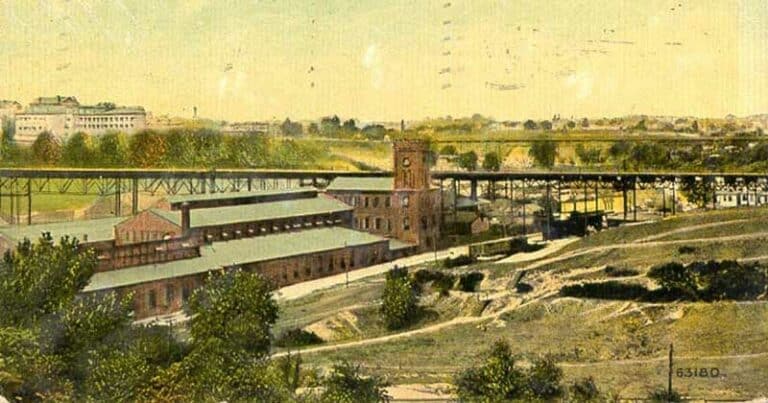 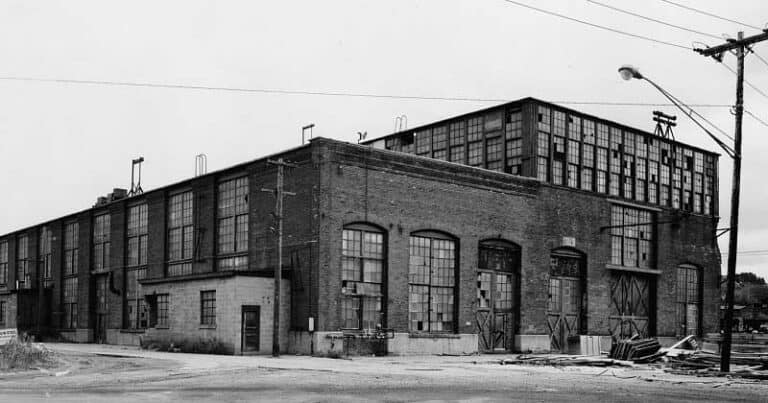 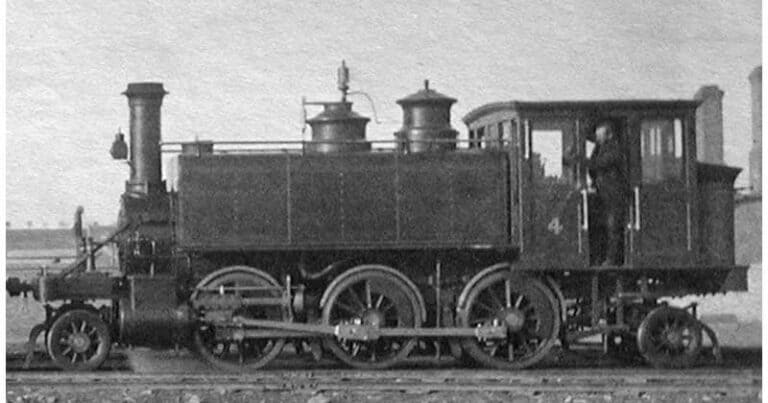