If a locomotive can generate enough buzz that an entire school pauses class so children can greet it on a run, it is kind of a big deal; and Nickel Plate Road #765 did just that. Not only is it large in stature, Nickel Plate Road (NKP) #765, is one of only two Berkshire locomotives in operating condition. And thankfully, she continues to steam for fans to enjoy!

Built in 1944 by Lima Automotive Works, NKP #765 is a class s-2 steam locomotive that features a 2-8-4 (Berkshire type) wheel arrangement. Lima developed the Berkshire design and discovered that by adding a second set of trailing wheels to a Mikado-type (2-8-2), Berkshire locomotives were able to carry a larger firebox, which allowed the powerful locomotives to also be much faster. #765 was one of 80 Berkshire types acquired by the New York, Chicago & St. Louis Railroad, which is commonly referred to as the Nickel Plate Road.

NKP #765 would continue to operate until being retired in 1958, much to the dismay of railfans and the Fort Wayne community. While many of the NKP Berkshires were stored outdoors, the railroad elected to store #765 indoors, thanks in part to its excellent condition overall. In 1963, Nickel Plate Road donated the locomotive to the City of Fort Wayne, a response to the city’s successful “Elevate Nickel Plate” project. The city originally sought NKP #767; but that locomotive was in poor condition, so the #765 was put on static display, though she wore #767 during this time.

The newly formed Fort Wayne Railroad Historical Society leased the locomotive from the city in 1973, reverted her back to #765, and moved the locomotive to nearby New Haven, Indiana. While the FWRHS originally planned to restore a locomotive cosmetically, the decision was made to restore NKP #765 to operational condition. The project took several years but paid off when she traveled via her own steam in the fall of 1979. She was able to transport herself to Sandusky, Ohio, where she was stored for that winter.

The 1993 NRHS convention in Chicago featured #765 and many other big steamers. Pentrex has a DVD with highlights of the event.

NKP #765 officially entered excursion service in the spring of 1980. She would really see her stock rise though in 1982, when the Southern Railway leased #765 for a series of excursions that were so successful the railroad continued forward with what eventually became the Norfolk Southern 21st Century Steam Program.

Over the next decade or so, #765 visited many states in the Midwest and East Coast while participating in both excursion service and special events. NKP #765 even made appearances at the National Railway Historical Society conventions in 1991 (Huntington, WV) and 1993 (Chicago, Il). She spent a brief period of time in 1993 as Chesapeake & Ohio #2765, a number representative of the C&O’s Kanawha class (also 2-8-4 wheel arrangement), while leading excursions on the line.

Following the 1993 excursion season, the locomotive was taken out of service for repairs and maintenance. Unfortunately, she would be placed on static display for the next several years while the FWRHS operated other locomotives. A decision was made in 1996 though to put #765 through a full operational rebuild.

The FWRHS received a grant through the “Transportation Equity Act for the 21st Century” that covered 80% of the funds needed to restore the locomotive. With other contributions, #765 started her rebuild in 2001. Over the next five years, the locomotive was torn apart and rebuilt, with many major components also being rebuilt in the process.

By the time she steamed again, #765’s rebuild bill came in at more than $750,000 and required over 15,000 man hours. After a test run in July of 2005, #765 appeared to be ready to return to excursion service. And she returned to service with a vengeance…eventually.

Her triumphant return would be delayed though as the FWRHS struggled to find a railroad partner where she could run. That changed though beginning in May 2009, when #765 ran at the Hoosier Valley Railroad Museum. She would lead excursion trips over several railroad lines over the next several years. She was made part of the Norkfolk Southern 21st Century Steam Program in 2013. That year, she became the first steam locomotive to travel the Horseshoe Curve in 40 years!

Nearly 80 years after running on the Nickel Plate Road for the first time, #765 continues to steam up for railfans to enjoy thanks to the FWRHS. The locomotive participates in several excursions throughout the year, so be sure to visit the Fort Wayne Railroad Historical Society webpage to learn more about this Berkshire and where you can see her in person.

Nickel Plate Road #765 was followed by Norfolk & Western #611 in the 21st Century Steam Program. #611 is the only remaining remember of the popular N&W Class J.

Current active partners, where you may see #765 running during any summer of fall, are the Cuyahoga Valley Scenic Railroad near Cleveland, Chicago’s Metra for the nearly annual “Joliet Rocket”, the Northeast Indiana Railroad and the Mad River and Nickel Plate Museum in Bellevue, Ohio. The museum in Bellevue is home to sister Berkshire 757. A fine NKP specimen, but not currently operational. 2022 is the 50th anniversary year for the Fort Wayne Railroad Historical Society! 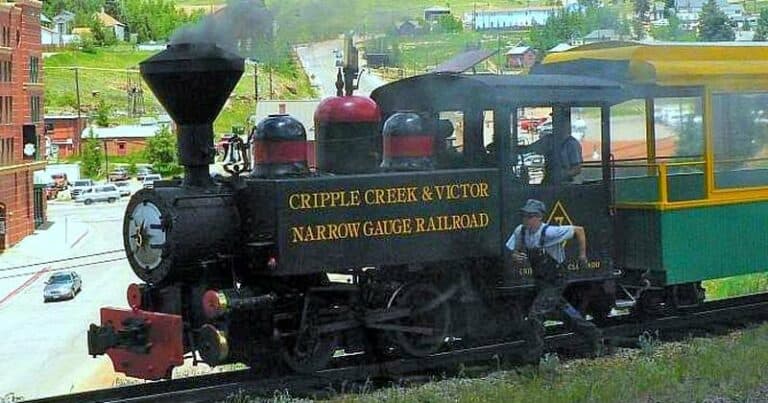